LTE is a wireless protocol.  Long Term Evolution provides 2 way high speed wireless internet connectivity over any spectrum.  LTE the protocol should not be confused with signal strength or 4G/5G. LTE is coming to Wifi. Ability to make an LTE connection in unlicensed spectrum.

Buying a new smart phone, involves many acronyms CDMA, GSM, LTE, Focus on the differences in the Rye networks. The short coming of the Verizon network have now been published.

Are there more ATT or Sprint or TMob towers or nodes serving the City of Rye, NY?

The “G” in 4G or 5G stands for generation, 4G is the fourth generation of mobile data technology. LTE stands for “Long Term Evolution” applies to the general idea of improving wireless broadband speeds to meet increasing demand.

3G networks replaced the 2G system, that allowed most basic of what is called smartphone functionality.  2G networks handled voice phone calls, basic text messaging, and small amounts of data over an old protocol called MMS.   3G connectivity, allowed for a larger number of data formats HTML web pages, videos, and music.  The 3G speeds were slow, and required web pages and data to  be formatted for these slower wireless connections.  A 3G wireless connection while speedy, but it did NOT replacing a home broadband (Optimum cable or FIOS fiber)  connection.

What is 4G? 5G will it replace a wired home broadband connection?

4G connectivity adheres to a set of speed and connection standards. For “mobile” use, connection speeds need to have a peak of at least 100 megabits per second, and for more stationary Fixed uses such as mobile hotspots, at least 1 gigabit per second.

If you can get 1 gig on your cell phone why do you need a WIRED BROADBAND CONNECTION?  If you could really get this speed inside your Rye house would you cancel Optimum and FIOS?  Depends on the cell phone bundle price?

LTE stands for Long Term Evolution, and isn’t as much a technology as it is the path followed to achieve 4G speeds. Most of the time when your phone displays the “4G” symbol in the upper right corner, it doesn’t really mean it. LTE, the name given to the new technology could be labeled as 4G if it provided a substantial improvement over the 3G technology.

networks began advertising their connections as 4G LTE, a marketing technique that allowed them to claim next-gen connectivity without having to reach the actual required number first.

Fixed = does not move it is stationary …Mobile= it can be moved but it may be stationary.  Fixed wireless internet connectivity used to be fairly easy to define.  There was an antenna on the outside of a building connected to desktop computers.  Now with Wifi the specific definition of Fixed versus mobile is not as clear. Some people think “mobile internet” means 65 mph in your car. 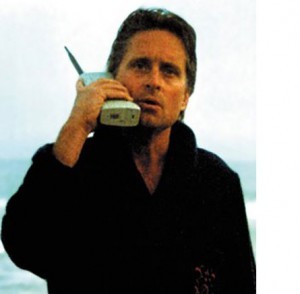 Let’s use old Motorola Canopy as an example of fixed internet connectivity.

If as a consumer or a business you had a fixed wireless internet connection using Motorola Canopy this meant you had an outside antenna “fixed” to the side of your house. Your Internet connection came from a Fixed transmitter on a tower or a building. The internet data stream was transmitted in 900MHZ unlicensed spectrum from the “tower” to your fixed location, a non moving antenna. Your outside antenna (like a broadcast TV  antenna) was connected via a fixed wire to an internal box. This inside your house box is called CPE in wireless jargon or may be called a modem. It is not that much different from a Cable modem.

If you wanted to check your email, you used a fixed location desktop computer connected via wire (an ethernet cable) to the fixed location CPE box connected by a wire to a fixed antenna connected over unlicensed  wireless spectrum to the internet connection.

Next came “in house”,  “in office” mobile internet connectivity via Wifi

instead of a just a wired connection to your desktop PC the CPE Box was next connected again via a “fixed” wire a Wifi router.

Now your laptop, your tablet, your phone, any mobile device connected to the CPE box via Wifi. This is a “wireless connection”.  However the old CPE Canopy 900mhz unlicensed spectrum box is still getting the internet connection from a fixed antenna which is getting it from a fixed tower.

When you check your email now are you now counted as a “mobile connection” because your end user device is mobile?

How this will change with LTE